Our final stop in Etosha was Namutoni Camp. This camp is situated on the eastern side of Etosha, and is named for the old German fort around which it is built. When entering into the camp you are faced with the old, white fort building with its crenelated towers (who knew that the step things on top of forts were called crenels… thanks Wiki!). The scene is so unusual in the middle of a game reserve that you almost expect a French taunting, Monty Python style – “You don’t frighten us, English pig-dogs!  Go and boil your bottoms, son of a silly person!  Ah blow my nose at you, so-called “Arthur Keeeng”!  You and all your silly English Knnnnnnnn-ighuts!”

The campsites at Namutoni seem to be the largest of all three camps and have lovely grassy areas and plenty of shade.  There is also a local band of mongooses (of the banded variety – so excuse the pun) that roam around the sites looking for scraps, providing great entertainment to hot campers, lounging in the shade. Arguably, Namutoni is the prettiest camp, with large open areas and a network of boardwalks that link the campsite, chalets, pool and waterhole to the fort area which features 2 restaurants and the standard issue curio and tourist shops.

From a game perspective, just when we though that it couldn’t get any better, Namutoni showed us the best wildlife and photographic opportunities of the entire trip.  The “mecca” was a waterhole called Kalkheuvel. From a lighting perspective, this is a morning waterhole.  But the proliferation of wildlife had us returning every game drive, positioning the vehicle in an attempt to get decent shots in the evenings. 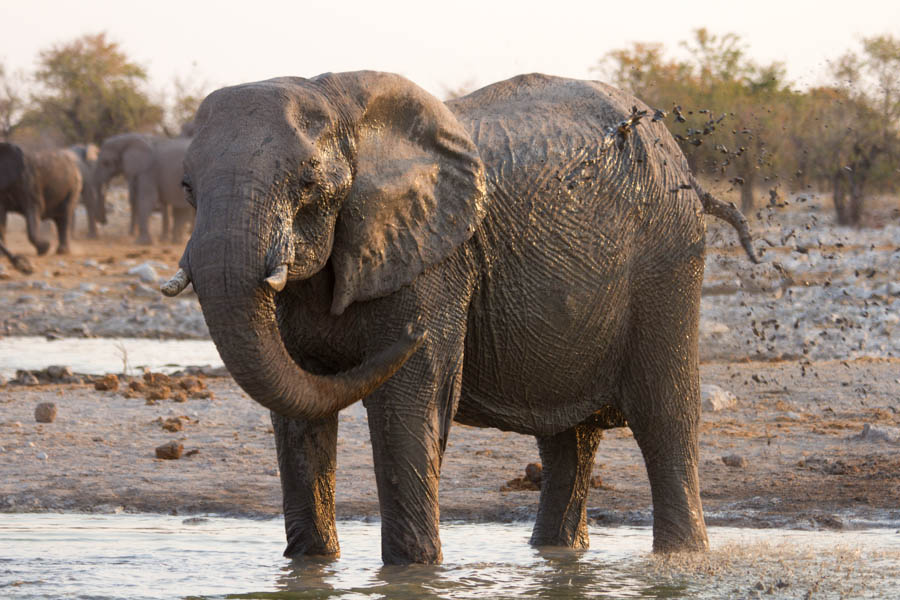 There was a pride of lion that had based themselves close to Kalkheuvel, most likely due to the number of young they had.  We were fortunate enough to see two females bring eight young cubs down to the water to drink, with two large males keeping watch from a distance. Others in our group had seen a female with two older cubs the day before. 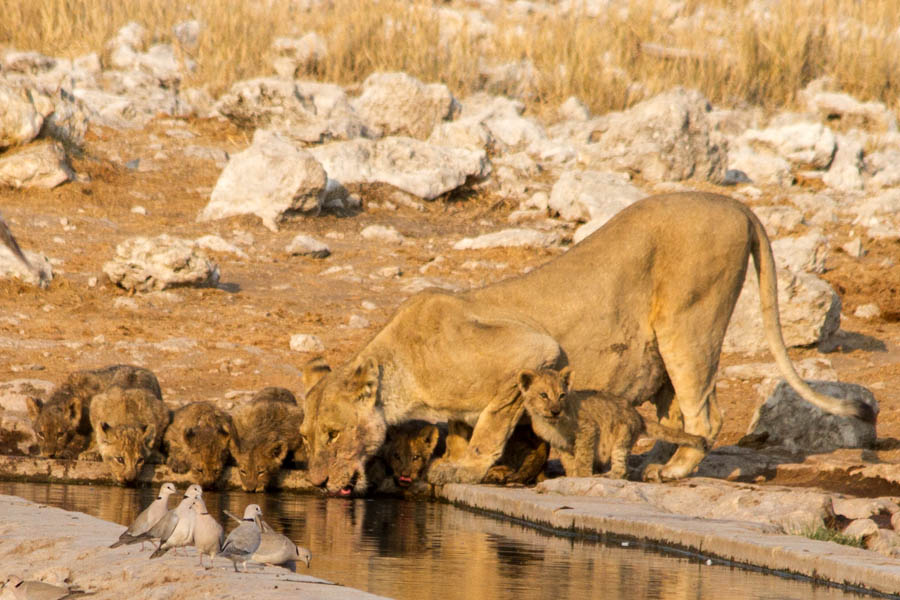 There were also hyena, which we heard every night, and leopard in the area.

Our last game drive of the trip was the perfect ending to a wonderful Etosha holiday.  We spend 4 hours at Kalkheuvel watching herds of elephant rush down to the waterhole to drink and then head off just as the next herd arrived.  Each herd that came through was bigger than the previous, with the last one around 70 ele’s strong! 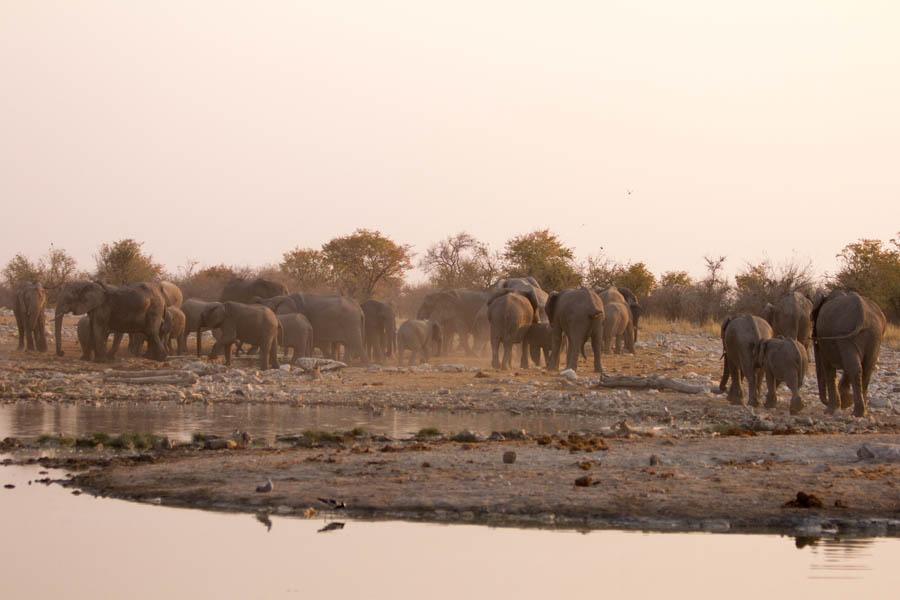 In conclusion, I would highly recommend heading to Etosha during the dry season (between April and November).  You will be astounded by the number of animals who privilege you with their presence.

Now go away, or I shall taunt you a second time!

This was part 4 and the final part of Roanna Verrinder’s travel story. In case you missed it, here are part 1, part 2 and part 3.