The Etosha Pan is a vast, bare, open expanse of shimmering green and white that covers around 4,800km², almost a quarter of the beautiful Etosha National Park. At 130 km’s long and up to 50km’s wide in places, it is comfortably the largest salt pan in Africa and is the park’s most distinctive and dramatic feature, visible even from space. The pan was originally a lake but over time the earth’s climate forced the rivers that once fed the lake to change course and flow into the Atlantic Ocean. If one were to try find where the lake once lay today, only the dry baked alkaline clay marks would give you a clue.

In the language of the Ovambo tribe, Etosha means ‘great white place’, a name passed on to the first Europeans to come across this “immense hollow”, Sir Francis Galton and Charles Andersson in 1851, with the help of travelling Ovambo traders. The area was originally inhabited by the Heli/ om- people who were well known hunter gatherers and co- existed in harmony with huge herds of wildlife in the area. It was only in 1851 when the huge pan first became known to Europeans. Explorers Charles Andersson and Francis Galton reached a cattle post called Omutjamatunda which is today called Namutoni. The two explorers provided the first written account of the pan.

It is believed that this natural mineral pan was first formed over 100 million years ago. About 16,000 years ago, the Kunene River in Angola would have flowed all the way to Etosha, forming, for some time, a huge and deep lake. But the river would later change its course due to tectonic plate movement and head for the Atlantic, causing the lake to slowly dry up and leaving the salt pan behind.

San Legend has it that the formation of the Etosha Pan resulted from a small village being raided and everyone slaughtered except the woman. One of the women was so upset by the death of her entire family that she cried until her tears formed a massive lake which eventually dried up and left behind a huge white pan.

Salt springs on the pan have now built up little hillocks of clay and salt which are used by some of the park’s wildlife as salt licks. In the wet season, parts of the pan form rain water pools and in particularly wet years the entire pan becomes a lake once more, standing at about 10cm deep and drawing thousands of migrating flamingos.

Etosha Pan is designated as a World Wildlife Fund Ecoregion and was also used as a backdrop during the filming of 2001: A Space Odyssey. 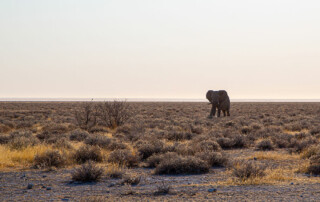 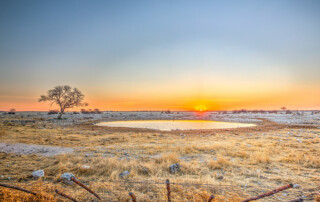 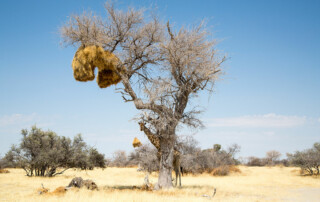 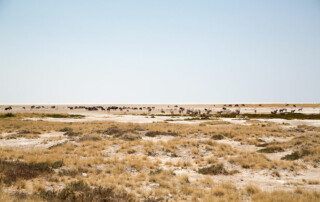 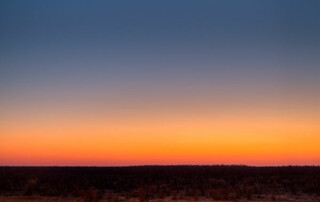 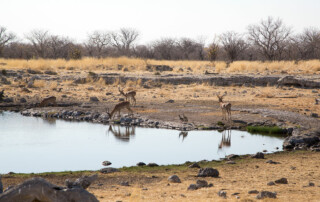 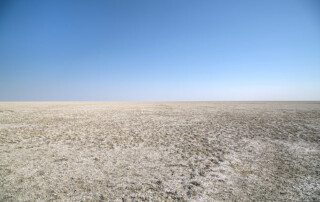 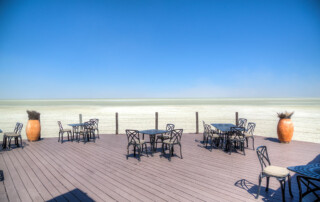 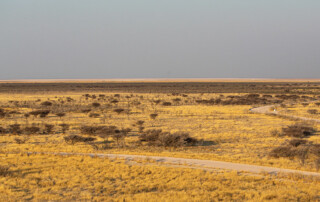 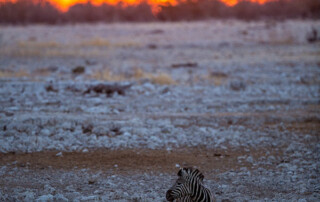 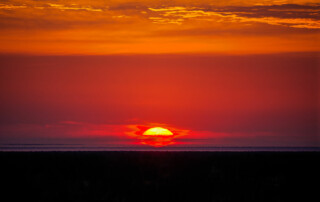 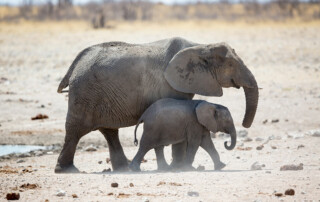 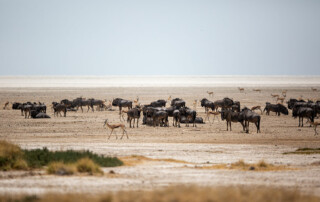 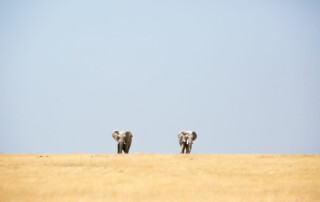 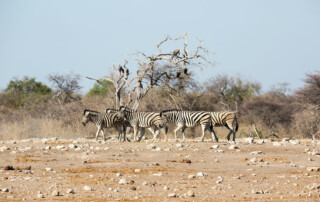 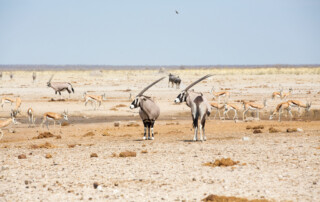