The Good and the Bad at Halali Camp

After a pleasant stay in Okaukeujo, we moved on to Halali (view the map to get an understanding of where we’ve travelled).  Halali is the newest and largest camp in Etosha, with 60 campsites and various other accommodation options available.  The campsites are decent, with good shade and a ratio of approximately 6 campsites per ablution facility.  This meant no more racing to shower before the “overlanders” woke up and flooded the bathrooms with various clouds of odor! 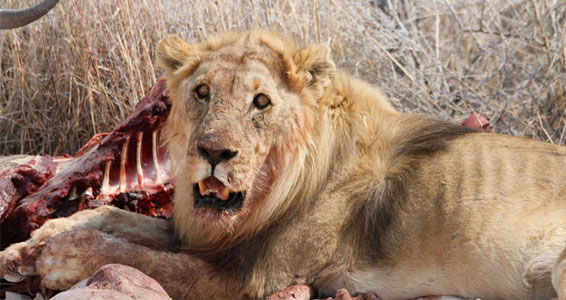 Housekeeping aside, from a game perspective Halali got off to a slow start.  Again, a number of the waterholes around the camp were dry and a recent fire in the area amplified the harsh conditions.  Needless to say the game found this as enticing as a lion does a salad (as did we)!  However, we employed a strategy of “divide and concour”, and between three vehicles, a pair of two-way radios and a couple of sms’s we systematically visited each waterhole until we found something promising.  Gous was great for birding (view birdlife of Etosha) and Reitfontein was the ele’s swimming pool.  We spent many an hour watching the younger members of the herd play Marco Polo, dunking each other in the muddied water. 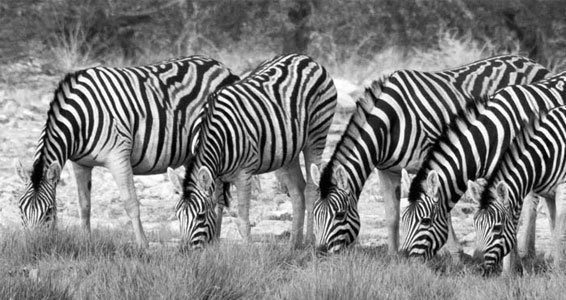 A drive up to Springbokfontein saw the number of game increase as we traced the edge of the pan.  This provided us with great photo opportunities, instantly turning the gazillionth zebra we saw into a super model.  As always, where there is game, there are predators and it wasn’t long before we stumbled across two male lion on their kudu kill.  One had moved off the road to rest – “magies vol, oogies toe” – whilst the other lay on top of the kudu, protecting his kill.  Unfortunately, he didn’t seem to have the same luxury as his brother as it appeared that he had a broken hip – perhaps an injury picked up during the hunt.

All in all, our stay at Halali was great.  As Prince George from Blackadder said, “Now that I’ve got a fire I am as happy as a Frenchman who invented a pair of self-removing trousers.” – although this was not said in the context of camping, the same certainly applies! 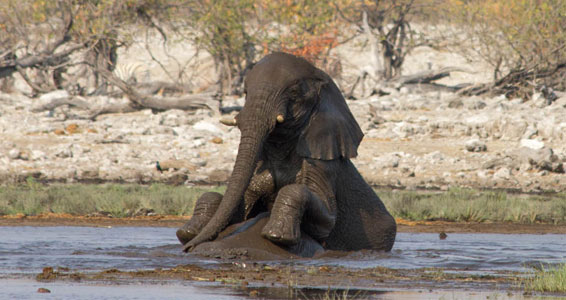