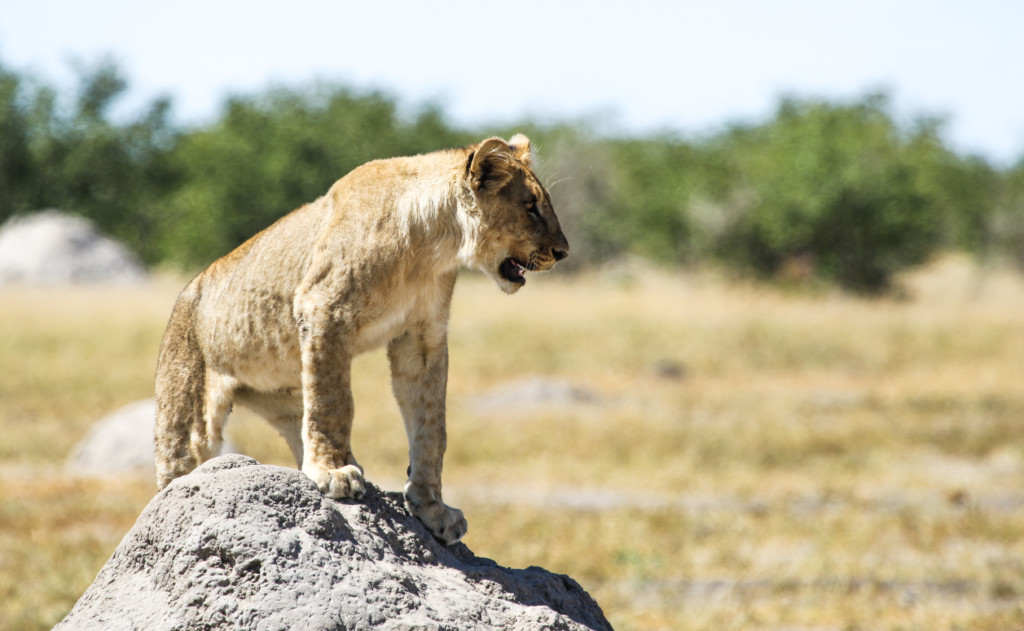 Back in February, two young male lions escaped from Etosha National Park, killing three oxen and a dog in a nearby village. No humans have been harmed by the lions.

Following an intervention by officials from the Ministry of Environment and Tourism, one of the lions was killed after it reportedly showed signs of aggression and resistance against being safely taken back into the park.

There has been no word on progress with regards to herding the remaining lion back into the park.

This is not the first time that lions have escaped from Namibia’s most iconic park. In 2015, four lions escaped and terrorised the Mangetti community in the Oshikoto Region, killing 32 cattle, a donkey and a horse. Two of these lions were killed, while one was recaptured; the last escaped lion eventually made its own way back into the park.

In 2010, three lions were spotted at various villages in the Oshikoto and Oshana regions.

It’s not only lions that have ventured beyond Etosha’s park boundaries. In September 2014, an escaped black rhino went on the rampage in a small town close to the border of Etosha called Omuthiya, charging pupils and teachers at the local primary school.

Luckily, only a couple of minor injuries were recorded, and the rhino was successfully captured and returned to the park.

Human-wildlife conflict is a pressing and complex issue in Namibia as it is in many other parts of Africa, with growing human populations inevitably encroaching on animals’ habitats.

For many Namibians in rural areas, dealing with dangerous wildlife has always been part of their existence, a reality that is hard to imagine for most visitors.

The Namibian government pays compensation to farmers who lose livestock to wildlife, while a number of conservation bodies are looking at a variety of ways to curb human-wildlife conflict.

The role of national parks like Etosha is more important than ever in the face of increasing human-wildlife conflict, habitat loss and the recent spike in poaching in Namibia.