In response to the recent increase in rhino deaths caused by poaching in the country, Namibia has begun dehorning rhinos in the northern Kunene and Omusati regions on the border of Angola and Erongo. Deputy Environment Minister Pohamba Shifeta cited these areas as the most at risk from poaching. 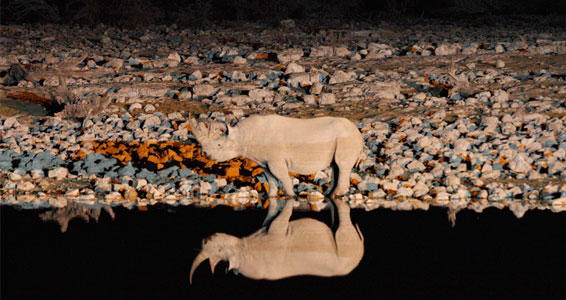 Shifeta went on to say:

“Rhino poaching has risen dramatically, that is why we have to take some immediate and drastic measures . . . We are going to harvest as many rhino horns as possible”.

The government plans to stockpile the horns and gain consent from the United Nations’ Convention on International Trade in Endangered Species of Wild Flora and Fauna (aka CITES) to sell them legally into the market.

Aside from this exercise, Namibia is also creating a new 300-strong anti-poaching unit from specially-trained law enforcement officials and planning to deploy a number of surveillance drones across the country’s national parks.

15 rhinos have been slaughtered in Namibia this year. At the end of October poachers killed and dehorned a black rhino in Etosha in the first known attack on a rhino within the park.

Namibia has one of the world’s highest populations of black rhinos, about 1,750 out of a global population of 4,800.

What do you think about these new anti-poaching measures? Is dehorning the way forward in Namibia and elsewhere in Africa? What can Namibia learn from what has happened in South Africa in recent years? Share your thoughts here . . .