As always at this time of year, you’ll see a number of international newspapers, magazines and so on publishing their lists of the top destinations to visit in 2015.

Have a quick glance through a handful of such publications and you’ll see that Namibia probably features on every single one of them, from The Independent in London, to the Irish Times, to India’s Hindustan Times and plenty more in-between

While Namibia has been an increasingly regular presence on a number of international bucket lists for the last few years prior to 2015, it now seems to have reached dizzying new heights as people start to pencil in their travel plans for the year ahead.

But there is more to this than just an ever-greater awareness of all the wonders that Namibia has to offer, from the remarkable dunes of Sossusvlei to our very own beloved Etosha. There are other salient points to consider when assessing why 2015 could be a particularly important year for Namibia’s tourism. 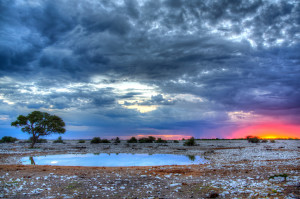 Firstly, 2015 will mark Namibia’s 25th anniversary of independence from South Africa on 21 March.  Notably, this young African nation was the first to enshrine environmental protection in its constitution, and as a result almost one-fifth of the country falls within national park boundaries. What better time than this historic year to celebrate what Namibia has achieved in conservation; to acknowledge just how far it has come since the vast majority of its wildlife population was decimated in the Border Wars that preceded its independence.

Sadly, over the past 12 months the country’s conservation progress has been threatened by increased instances of poaching, particularly of Namibia’s substantial rhino population. The government has been quick to react to this issue, but more visitors to the country’s national parks will add further financial assistance to the fight against poaching, and show more of the world just how beautiful these creatures are and, in so doing, galvanize more awareness of and support for their cause.

On a lighter note, 2015 will also see the release of the latest installment of the cult dystopian sci fi franchise, Mad Max. Most of the film, which is entitled Fury Road, was filmed in the Namib Desert. The film stars Hollywood heavyweights Tom Hardy, Charlize Theron and Nicholas Hoult.

All in all then, 2015 looks set to be a big year for Namibia. So come be a part of it, and everyone seeks to gain.