Hannes Lochner and the Dark Side of Etosha

Wildlife photographer Hannes Lochner has become a bit of a household name for his amazing work on the Kalahari, where he has spent the best part of the last five years.

His books of photographs have become a coffee table ‘must have’ for any Southern African wildlife enthusiast, and he recently launched his third book, The Dark Side of the Kalahari, which details his 2 year and 100,ooo kilometre journey following a single leopard female named Luna as she struggled to raise her cubs in the extreme and unforgiving desert environment of the Kgalagadi. This book is also available to download with numerous other fascinating features as an interactive app. This app also has ethical benefits: for each one sold Hannes will be donating part of the fee to two different conservation projects. 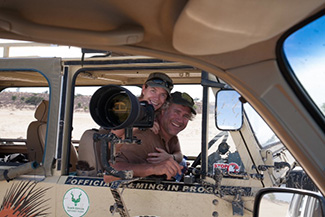 Born and raised in Cape Town, Hannes travelled to all of South Africa’s major game reserves and national parks as a child with his parents, and it was here that was life passion was discovered.

After completing a degree in Graphic Design at the University of Stellenbosch and a short compulsory stint in the military, Hannes went on to travel and kayak the globe; he then worked as a river guide and ran his own rafting company on the Orange and Kunene rivers before moving back to Cape Town to work as a freelance graphic designer, river guide and photographer.

In 2007, his passion for photographing Southern Africa’s wildest species and spaces won out, and Hannes starting working full-time as a photographer and would publish his first book, Colours of the Kalahari, soon after. 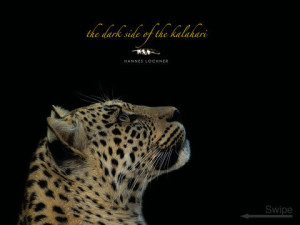 For his next venture, Hannes and his partner Noa, who does all the filming for his projects, are planning to relocate to none other than Etosha National Park for a two year stint, with a view to having a few more photography books on the coffee table (and the i-pad) at the end of it. So for any of you headed to Etosha this year, you might be lucky enough to catch up with Hannes on your trip. And for anyone else who just loves his work: watch this space!