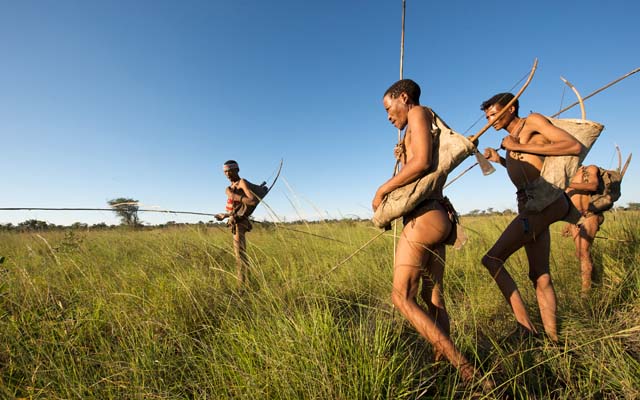 Photo courtesy of Namibia Tourism Board

Namibia’s Hai//om  San community have launched a court case which they hope will lead to the recognition and enforcment of their ancestral rights over Etosha National Park and the Mangetti area. This is the first case of its kind in Namibian legal history.

Eight members of the community have asked the High Court to allow them to bring a class action lawsuit against Namibia’s government and various other parties with interests in Namibia’s flagship national park.

If the application is successful, the applicants plan to lodge a case that would confirm the Hai//om’s ownserhip of the land comprising the park and some of its surrounds, and that would therefore allow them to either occupy and use the land, claim financial compensation or be awarded equivalent areas of land.

The Hai//om community was evicted from the Etosha roughly 60 years ago. They claim that they should have rights to the park’s wealth and resources and that their consent should be required in future with regards to the use of the park’s natural resources.

Jan Tsumib, an elder from amongst the Hai//om applicants in the case, has said that the community supports current tourism activities and  conservation measures in Etosha “insofar as those activities and measures do not derogate from our rights”. However, he reiterated the Hai//om’s desire to “share” in the running and control of these activities and to “benefit from the proceeds”.

Tsumib was born in Etosha in around 1945, at a time when his people were still living off the land as hunter gatherers.

He says: “Following our removal from the park, the Hai//om people have experienced great hardship, while the park has been developed into a world famous tourist destination, generating enormous economic benefits, from which we have been excluded.”

This is an interesting debate that echoes in numerous other African countries and national parks. Please share your thoughts on the ongoing struggle to find a balance that benefits both Africa’s wildlife areas and their local communities.