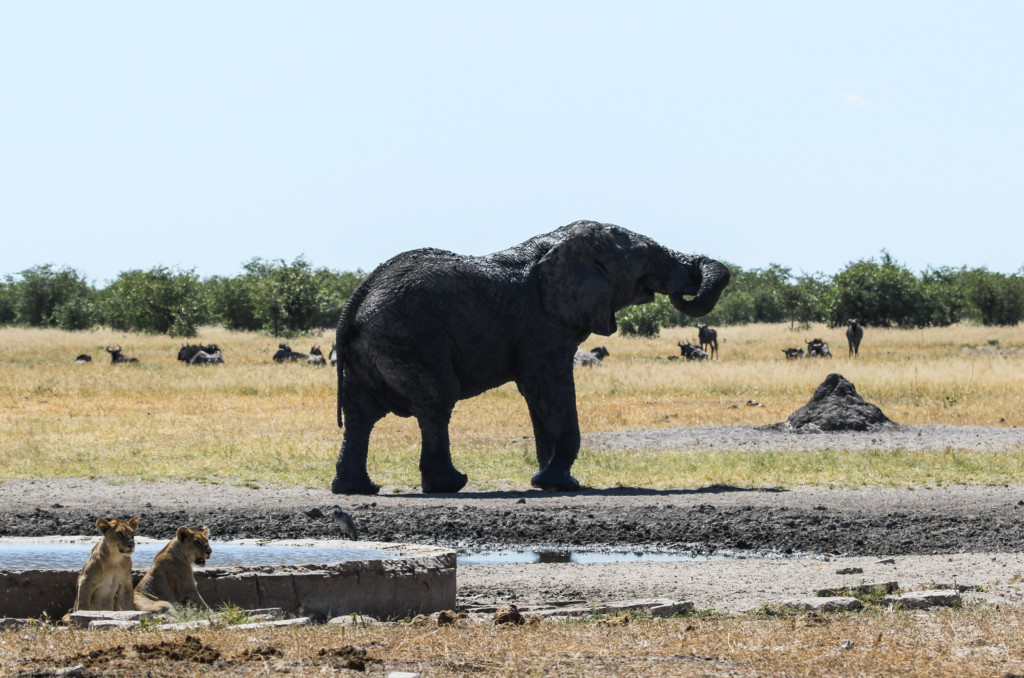 Travel writer Christopher Clark recently returned to Etosha whilst on an epic month-long trip around Namibia with Namibia Experience. You can find more of his dispatches from the trip here. All images are courtesy of the author.

I love the feeling of excitement and anticipation that sets in whenever I arrive at the gate of a celebrated national park.

In this instance the feeling was heightened by the fact that it was my first time entering Etosha National Park from the Galton Gate on the far west side, which in 2014 opened up large tracts of this vast park that were previously inaccessible to the public, save for the handful of guests at the exclusive Dolomite Camp.

As soon as we entered the park, it was clear that the west was an entirely different world from the better-known areas of the park around the Etosha Pan, which lies more than 100 kilometres east. The terrain is rugged and undulating; the vegetation is greener and more dense. Within just a few kilometres of Galton Gate, we’d already encountered two rare species that are only found in this section of the park: the black-faced impala and the Hartmann’s mountain zebra.

A little further along the road, we came across our first black rhino, always a special Etosha sighting, and made all the more so in this instance by the fact that there wasn’t another vehicle in sight. We’d quickly learn that such privacy is one of the major draw cards of this still under-explored area.

As we continued to drive through towards Olifantsrus campsite, we saw large herds of springbok, and wildebeest, as well as a number of Oryx. At one of the fifteen waterholes in the west of the park, all of the above waited a safe distance away for a pride of young lions to move on. With the day already heating up, the lions were certainly in no hurry until a huge old bull elephant showed up and ushered them on their way.

We arrived at camp just after sunset. Having set up our tents on the sand, we took a walk along the wooden walkway to the camp’s hide, which overlooks a waterhole. Three black rhino and a bull elephant were among the wildlife that emerged from the surrounding darkness to drink.

As we drifted off to sleep, we could still hear the elephant breaking branches somewhere close to the fence. Eventually he was drowned out by loud volleys of zebra calls that resounded from all sides of the camp.

The following morning, we were up at sunrise and continued through the park towards the Etosha Pan, and our destination for the night, Okaukuejo Camp. We noted the gradual increase in the number of vehicles as we drew ever closer to the pan, and it almost felt as though our brief foray into Etosha’s wild west had been a special little secret just for us.