Conversations about the conservation of southern Africa’s wildlife have moved up a gear in recent weeks. It all began with the much-publicized and highly controversial killing of a black rhino by an American hunter in our very own Etosha. Next up was Zambia’s decision to lift the big cat hunting ban in the country.Then in South Africa there was the horrific story of a tourist being mauled to death by a captive-bred lion in the notorious Lion Park, at around about the same time as South Africa’s Minister of Environment Affairs, Edna Molewa, published an article essentially endorsing the controversial practice of canned hunting and suggesting that captive bred lions could help conservation in South Africa.

The general reaction from the public to all of the above, particularly on social media, has been swift and impassioned. Most have been highly critical of all those involved in the above events.

While some of these reactions have been ill-informed and blinkered by runaway emotional bandwagonism, it seems, to my mind, that the public’s heart has generally been in the right place. For any of their flaws, there is no denying that they care deeply about our wildlife, which is more than can be said for many of those on the other side of the argument.

What has been particularly disappointing in this whole series of events is our regional media’s failure to react with the same kind of speed, strength and decisiveness as shown by the public.

Why was Edna Molewa allowed to publish her article in the Sunday Times without one concrete example of where captive-bred lions have in any way contributed to conservation in South Africa, or anywhere else for that matter? Why wasn’t she asked to address such potentially detrimental but unsubstantiated claims? Why has no one been invited to counter her claims? 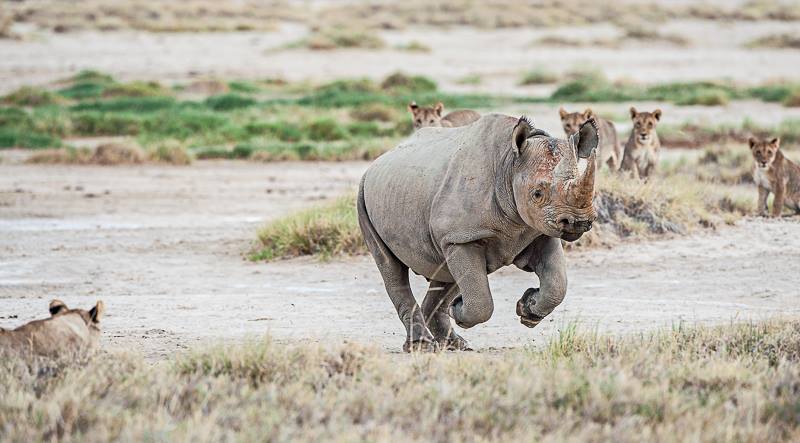 Why in the sensationalized follow up to the gruesome death at Lion Park has the media repeatedly pointed to an “open window” and the victim’s and guide’s mistakes but failed to shed light on the irresposible and unethical practices of Lion Park and the potential stresses that captive-bred lions are put under and which might, therefore, cause them to attack humans (this attack was not the first at Lion Park)?

Why have Corey Knowlton’s claims that he hunted and killed his black rhino in Etosha in the name of conservation not been more substantially investigated for credibility? Why is it still so easy for hunters to make this claim without the public being given substantial scientific weight that counters it? And has there been any real assurance that we will ever know where all that money will actually go?

Why has the Zambian media failed to raise any real issues with regards to the lifting of the big cat hunting ban?

Where is the transparency in all of this? If we expect the detractors of these kinds of moves and events – those who care most about the wildlife – to be taken more seriously, we have a responsibility to ensure that they are given a lot more credible information to work with than the dribs and drabs they are being given currently. All of us working in the regional media have to do more to prompt truly well-informed dialogue and debate around conservation in Southern Africa.

At the moment, this is not happening, yet it is more critical than ever. So let’s all up our game. Our wildlife and our beautiful national parks deserve it.