Can Drones Save Etosha’s Wildlife?

You might remember a while ago we published a post about the implementation of anti-poaching drones in Etosha National Park.

The post reported that last year Google joined the fight against the scourge of poaching, donating 5 million dollars to the WWF to build automated, lightweight surveillance drones with a view to helping anti-poaching units get the upper hand over the increasing number of rhino and elephant poachers that are operating across the African continent. 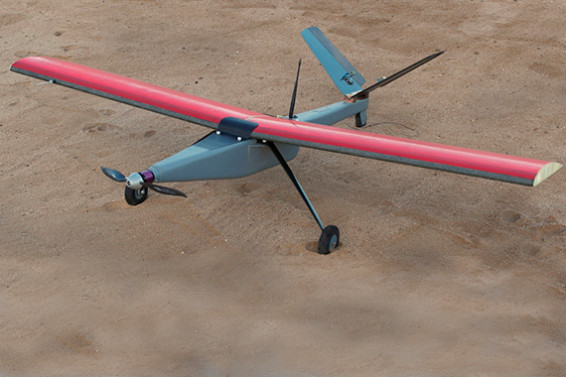 South Africa (which lost more than 1,000 rhinos to poaching last year alone) and Namibia have led the call for the anti-poaching battle to go “hi-tech”, and with the backing of Namibia’s Ministry of Environment and Tourism, the drones are soon to be launched across all of Namibia’s rhino and elephant conservation areas, including Etosha, after a trial run was carried out in November 2013.

But this won’t be the first time that surveillance drones have been used in the park.

Joe Noci’s custom built SurVoyeur drones have been assisting in conservation work in Etosha and other parks in Namibia since 2009. While the drones were initially used for animal counting purposes, they have since been reapplied as part of the anti-poaching effort.

So how have the drones fared, and how much do they have to offer?

These are some of the questions answered in a fascinating recent interview with Noci conducted by Center for the Study of the Drone and published by Policy Innovations.

At the outset, Noci says that UAVs (Unmanned Aerial Vehicles) are by no means the “silver bullet”. In fact, “in many cases UAVs are the square peg forced into the round hole'” he says. “The application of a UAV is faddy, fun, exciting and trendy, and this often makes the UAV a problem in search of a solution. We have used UAVs extensively here in Namibia, in many applications and conditions, and there are many problems in application, as well as many successes.”

“The uninitiated user believes the UAV is a cheap alternative to hiring a fixed-wing plane and pilot, and flying reconnaissance. This will never be the case. The UAV is slower, has much less endurance, and has only one eye—the video camera—which has a very narrow field of view compared to that of the human eye. A spotter in a plane can see a square kilometer at a time at 200 meters above ground. Seventy percent of that area is in his/her peripheral vision. The spotter can easily and quickly move their head to any area of interest, lock eyes onto a target and the head is naturally stabilized. The eye’s peripheral vision is very sensitive to any movement, with the eye refocusing on that movement in an instant.

“A video camera image from the UAV, as seen by the operator on the ground, will cover a ground area of at best of 200×200 meters, 1/25th of the area of the eye. It is like looking through a cardboard tube from an aircraft, and trying to spot an animal on the ground. It rarely works.”

“When closely coupled with conservation or security operations, it can work. For example, ground staff need to maintain constant patrols of hotspots and keep contact with local people for any insight into poaching or pending poaching activities. The UAV can then effectively be used as an extension of the patrol activities, but rarely as a global ‘eye in the sky’.”

These are valuable and honest insights into the ongoing fight against poaching in Namibia and elsewhere. It seems certain (bearing in mind the old post mentioned at the beginning of this one) that drones will continue to play a part in anti-poaching in Etosha, Namibia and right across Africa. We must assume the technology will only get better, but Noci’s comments serve as a good watermark of where we are at currently, and a reminder that there is so much more that needs to be done to preserve the beautiful wildlife of places like Etosha.