Etosha rhino to be killed for cash

Earlier this month, for the first time a Namibian black rhino hunting permit was up for grabs outside of Nambia, with the Texas-based Dallas Safari Club eventually auctioning it off for a whopping $350,000

The permit will allow the anonymous bidder to hunt and kill a specific old rogue male rhino in Etosha National Park. The male is no longer fertile and has been expelled from its fellows.

The money raised from the sale of the permit will go into a rhino account run by the government’s Namibian Game Products Trust and will be used for conservation projects such as increased anti-poaching measures. 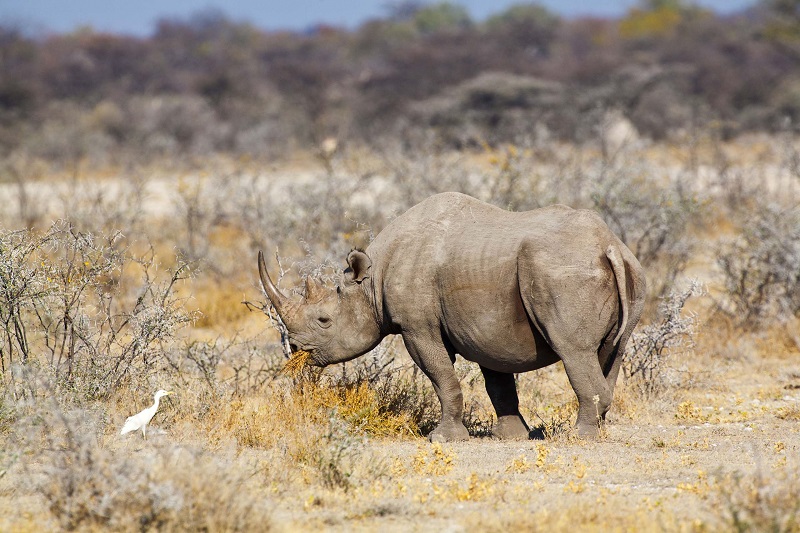 While many animal rights activists have protested against the sale of the permit, the Dallas Safari Club argue that it’s a case of sacrificing one aged animal for the good of the entire Namibian black rhino population.

But others have argued that the auction of the permit overshadows the fact that roughly 1,000 rhinos have been killed in neighboring South Africa this year by poachers. It also goes against the ideology of compassionate conservation, where, as Marc Bekoff of Psychology Today states, “the life of every individual matters and trading off an individual for the good of their own or another species is not an acceptable way to save species”.

Namibia has long seen trophy hunting as an important part of its conservation policies. Five black rhino hunting permits will be auctioned off this year; this first one has made headlines primarily because it was sold outside of the country.

However productive such an approach to conservation might be, any legal killing of a critically endangered animal is likely to attract great controversy, especially when so much money is involved.

Meanwhile, many would like to see more conservation measures introduced that look to strike a better balance between ethics and efficiency. As famous former game show host and prominent animal rights campaigner Bob Barker argues: “as an older male myself, I must say that this seems like a rather harsh way of dealing with senior citizens. … Surely, it is presumptuous to assume that this rhino’s life is no longer of any value. … True conservationists are those who pay money to keep rhinos alive—in the form of highly lucrative eco-tourism—as opposed to those who pay money for the cheap thrill of taking this magnificent animal’s life and putting his head on a wall.”

What are your thoughts? Leave your comments below.